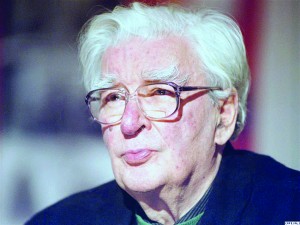 The architecture of the European city
Interview with Bogdan Bogdanovic

How will the great European cities – London, Paris and Vienna develop in the future, both in a political and in an architectural sense? The Serbian architect Bogdanovic argues that Europe must preserve the civilization of its cities, whilst preventing them from turning into megapolitan cities.
Miroslav Marcelli: We are meeting in Vienna – in the city where you live and to which you paid homage in one of your articles. According to you it represents a special spiritual environment. How would you describe more closely this spiritual environment, which is now also your spiritual environment?