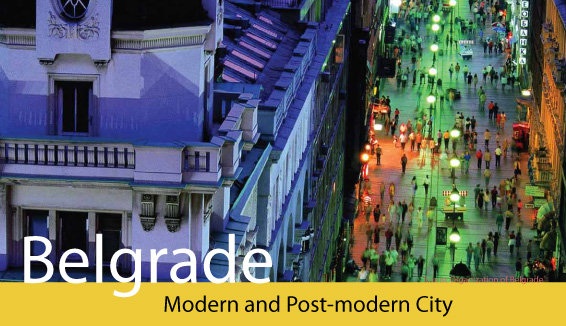 Distinguished Members of the American Institute of Architects,

Welcome to Belgrade, the one time Singidunum, which, according to the Byzantine biographer Constantine Philosopher of the famous ruler of Serbia in the 15th century the Despot Stefan Lazarevic, looked like a “magnificent city” then.

Today after so many centuries have passed we cannot say something like that for our present city of Belgrade. On our permanently turbulent land there was, it seems, never a long period of peace, since there were innumerous occupations, wars, revolutions, sanctions, bombings, even on the threshold of the third millennium this city was destroyed and devastated and humiliated. But fortunately, Belgrade always resurrected itself as a Phoenix from ashes. We always built and rebuilt what the others destroyed. Unknown common people’s builders and, of course, architects. Even today after such an unhappy fate, Belgrade is again a reconstructed, modern European metropolitan city of two million inhabitants. Presently, the destruction of the city is still in the hands of politicians, whilst the architects are the ones invoking the Phoenix once again.

The task of the architects is to act, contribute and persuade the politicians, who are actually converted uniformed militants disguised under their tailcoats and top hats, and to secure peace instead of war for the sake of architecture and the people also.

The axiom for architects is the belief of never destroying human settlements and buildings because to them it is something unthinkable like a child murder is to any normal human being.

In order to perform this sacred task of ours in the best possible way it is necessary, now more than ever, to have solidarity within the architectural ecumenical world, to become closer to each other, to acquaint themselves better, to exchange their experiences via modern media communications and to be personally informed in situ.

This was the reason that we founded the Academy of Architecture of Serbia which has been the only selectively elected association in our country, having 38 architects, amongst whom there are several architects of international stature like arch. Aljosa Josic, from Paris ( member of the famous architectural trio: Candilis, Josic and Woods), arch. Boris Podreka from Vienna, arch. Stojan Maksimovic from Boston and arch. Bogdan Bogdanovic from Vienna too.

This year’s AIA Conference and the presence of their members in Belgrade is a great honour to the Serbian architects and it is following the footsteps of the mission of the above mentioned context. The programme of the Conference includes visits to four locations :

1. The Savagrad Office&Apartment Block, (arch.MarioJobst and arch. M.Trpkovic)
2. The Museum of Contemporary Arts, (arch. Ivan Antic and Ivanka Raspopovic)
3. The reconstruction and transformation of the Knez Mihailova street into a pedestrian zone, (arch. Branislav Jovin)

In all the above three cases the architects are the members of the Academy of Architecture of Serbia.

4. The Nebojsa Tower – a historical monument from the turbulent war times of the Middle Ages, which has been successfully reconstructed by Belgrade architects and conservationists.

We believe that these four examples are at the level of contemporary European and world cultural and architectural values.

During your stay here you will have the opportunity to see the gloomy negation of the noble side of architecture, the unique ‘‘peaceable’’ destruction of architecture done in the bombardment of Belgrade in the spring of 1999 at the very end of the 20th century. Among these damaged buildings are also two masterpieces of our architects Nikola Dobrovic and Dragisa Brasovan, both Honorary Members of the Royal Institute of British Architects.

We are proud to be able to show you our positive results and it is up to you to trust your own eyes.

In that name, on behalf of the Academy of Architecture of Serbia, I wish you a successful Conference and a pleasant stay in Belgrade.

Mihajlo Mitrovic,
President of the Academy of Architecture of Serbia